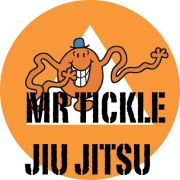 While a lot of combative sports are indeed referred to as sports, Brazilian Jiu Jitsu (BJJ) is probably best described as being a combative art, which makes learning the art of BJJ all that much more interesting since there are a number of other elements added into the mix and it isn’t quite as straight forward as say learning something like the martial arts.

The Brazilian element to Brazilian Jiu Jitsu is very much a part of the whole experience of BJJ, so learning the art of BJJ ensures you get your little piece of Brazilian combative arts culture and tradition, to go with your newly acquired fighting skill, making the journey all the more emotional and that much more powerful.

If you are indeed interested in getting into the fighting arts and you are at a  beginner level, or you’re looking to get started as a complete novice who has never thrown a punch or a kick in anger, you might have a fair idea of the different fighting styles available to you, with Brazilian Jiu Jitsu one of your leading considerations because of how popular and effective it is amongst MMA Athletes.

Jiu Jitsu on its own is challenging enough to develop the body, with a number of benefits to come out of it as a combative art.  Your research of the fighting arts will definitely have you know of the major advantage offered by Jiu Jitsu, that being a more levelled out playing field where size and strength don’t really matter as advantages.

This is mainly because jiu jitsu’s uniqueness lies in the fact that ground fighting and grappling is more the main focus of Jiu Jitsu, so that the majority of advantages which come with pure striking combative arts are eliminated in this way and it becomes more about how smart you are as a fighter than how much brute force you can make use of.

The Brazilian element to the whole setup comes in the form of that unmistakable Brazilian rhythm — the spirit of the Samba makes its way all the way to the combative arts, beyond the realm of football and that is what makes Brazilian Jiu Jitsu a little bit different to regular Jiu Jitsu.

The immediate effects of adding a fair bit of rhythm to a combative art form which is already effective can probably be seen already, taking the form of ensuring practitioners get a greater challenge when participating in BJJ, adding so much more value to the overall experience.

Rhythm adds that element of fitness which would otherwise be lost to Jiu Jitsu as a fighting art, making it a whole lot more fun than it otherwise would be and therefore attracting a whole lot more practitioners, which in turn makes the competition that much more conducive to real advancement of the craft.

Because of the increasing popularity of BJJ, learning the art of BJJ is now very possible beyond the borders of its native land of Brazil, from where it evolved from the combative art of Judo.

Come down to Arashi Do and try out one of our great Brazilian programs like Fundamental BJJ, Women’s Only BJJ or Children’s BJJ for ages 4-7 and 8-14.  All those and you get a 30 DAY FREE TRIAL!  What are you waiting for?  Call or text us at 780-220-5425 or email us at myackulic@ArashiDo.com